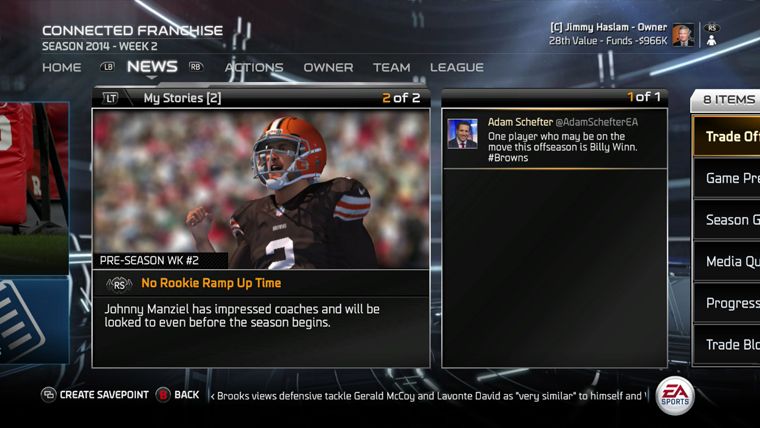 CCM has been a popular game mode for just about the entire duration of its existence. The mode has
the ability to appeal to not only the online gamers that would like to play with their friends, but also to
offline gamers that just want to have fun playing the game by themselves. In years past there has always been a somewhat limiting feel in CCM be it with what you could do with your team. The draft classes were very predictable, rookie’s names were often ridiculous when compared to their picture, and the announcers never really had a grasp on the back stories going on in league. ALL OF THAT HAS CHANGED!

Now the draft classes are created with a generator that will make them different each and every time. It also comes with improved logic to ensure that your players name will not be completely off beat with his race. The announcers will be familiar with all league happenings and back stories as well to make the experience that much more immersive.
It would take me pages to go over all of the positive changes that were made in the CCM mode for Madden NFL 15, but here is the link to the live stream from EA if you would like to learn more: