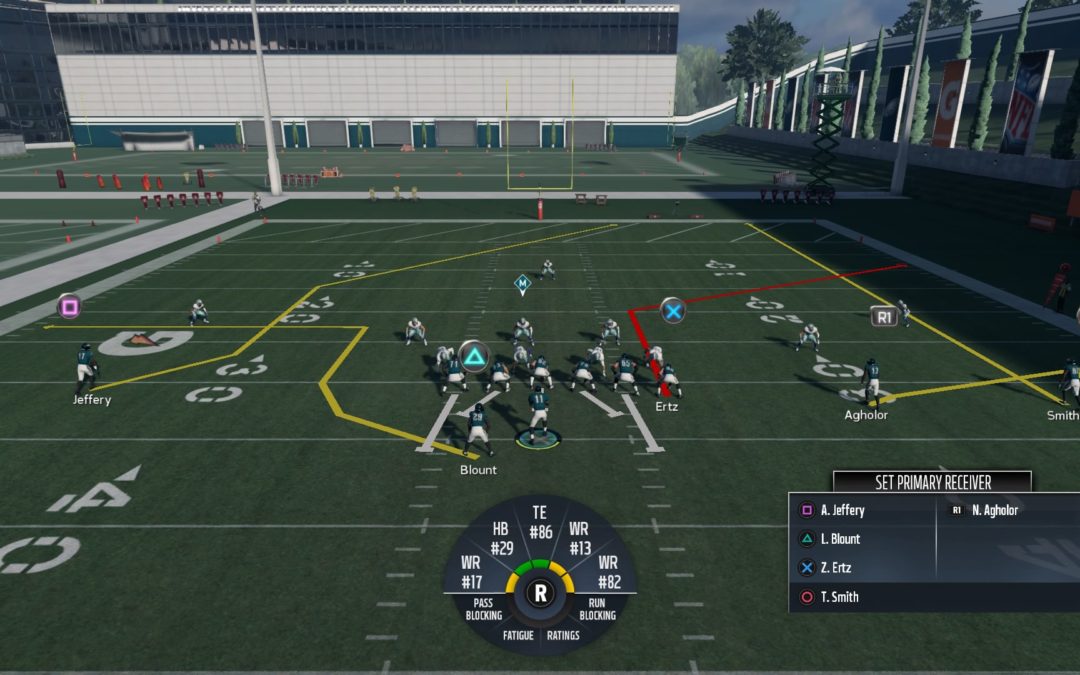 First of all, I owe all of you an apology. I had every intention to create the defensive version of my first article but  MUTHead only keeps pricing data on the current season on Madden….which makes sense. Today, we are going to discuss a basic football concept: The Vertical Stretch and let you go crazy with using it in your offense. With the changes this year to how the deep zones play (always playing deep), hitting the middle and short passes will be key. So go ahead and apply this basic concept to your offense for that key first down.

A vertical stretch concept is basically a flood to one side that puts more receivers in an area than the opponent has defenders in an area. Your basic Cover 3 defense has 3 deep defenders, 4 short defenders and 4 blitzing defenders. Those 3 deep defenders are in deep blues while 4 short defenders are in 2 yellow zones and 2 purple (or light blue for hard flats) zones. Therefore, the outer thirds of the field have 2 defenders each while the middle third contains the other 3 defenders. The goal of a basic vertical stretch is to send 3 offensive players into an area where the defense has two defenders and spread them out vertically in order to stretch the defense. Most basically, this is done through a deep, medium, and short route on one side of the field. Because the intent of this article is a basic understanding of how to defeat cover 3, we will not delve into how to utilize vertical stretch concepts across the middle. However, this is VERY possible and you should be able to easily apply this to such situations. For the sake of our lesson here, let’s look at a basic vertical stretch concept in action. 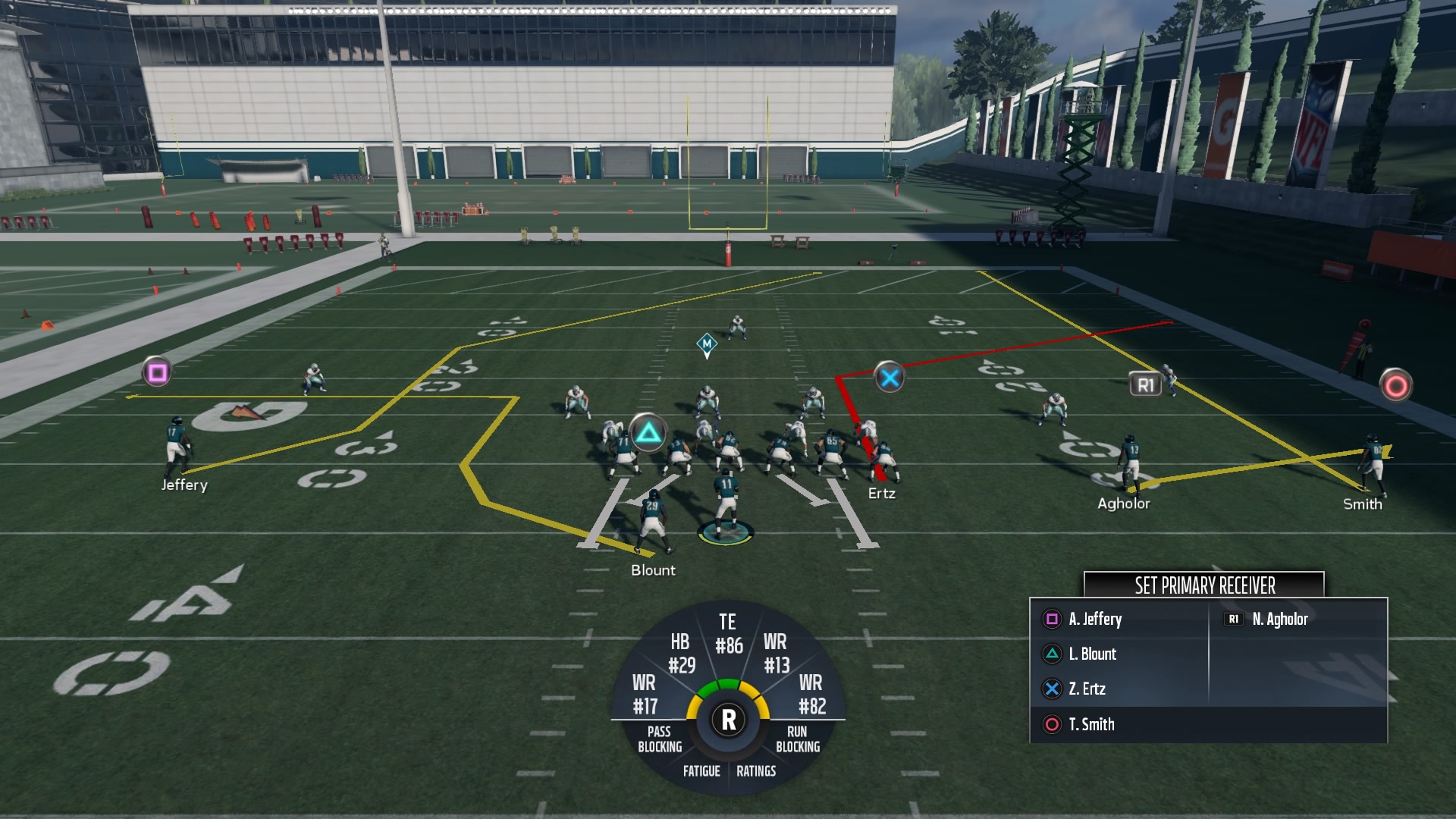 In the above, the offense has selected a play with a stock corner route and hot routed the outside receiver into a streak and the slot receiver into a flat. The defense is in cover 3 based on the single high safety in the center and the fairly deep position of the outside corners. As the play develops, we want to identify the flat defender as quickly as possible because he is the defender we need to read. In this case, it is the defender lined up over top of Nelson Agholor, which is silly because there is a good chance he will drop the pass if he is targeted. After the snap, we get this: 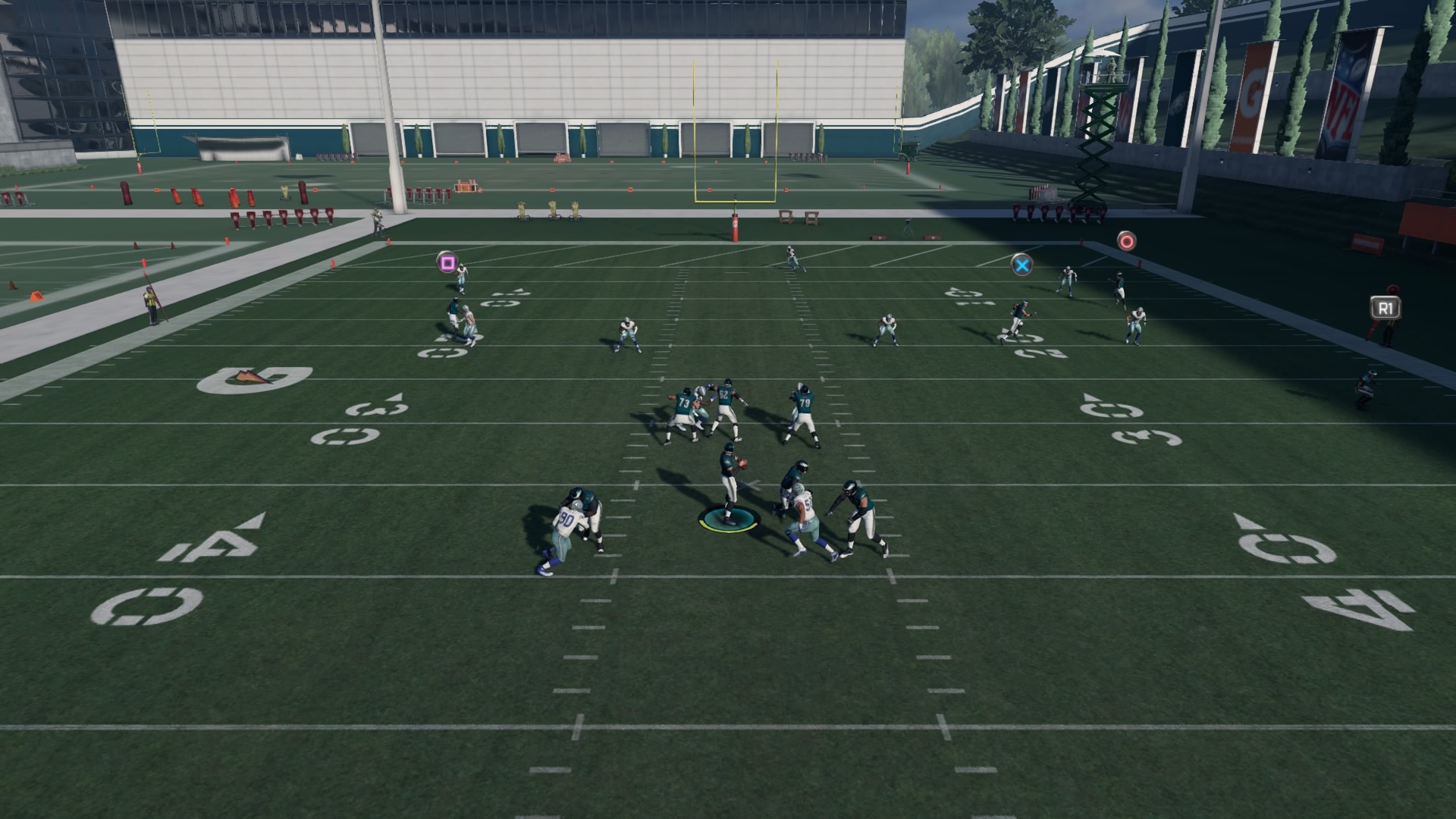 As expected, the deep zone has gone with our Circle Wide Receiver. Nelson’s CB has understandably, decided to go with the Tight End and play the middle route. (The real reason for this is because he is in a purple zone. Had the defense been shaded underneath, he would have played the R1 route). The point is that the defense, without a user, can’t be right. Two people can’t guard three routes. This means that our R1 route is open. We pass lead him up and inside and achieve the following result: 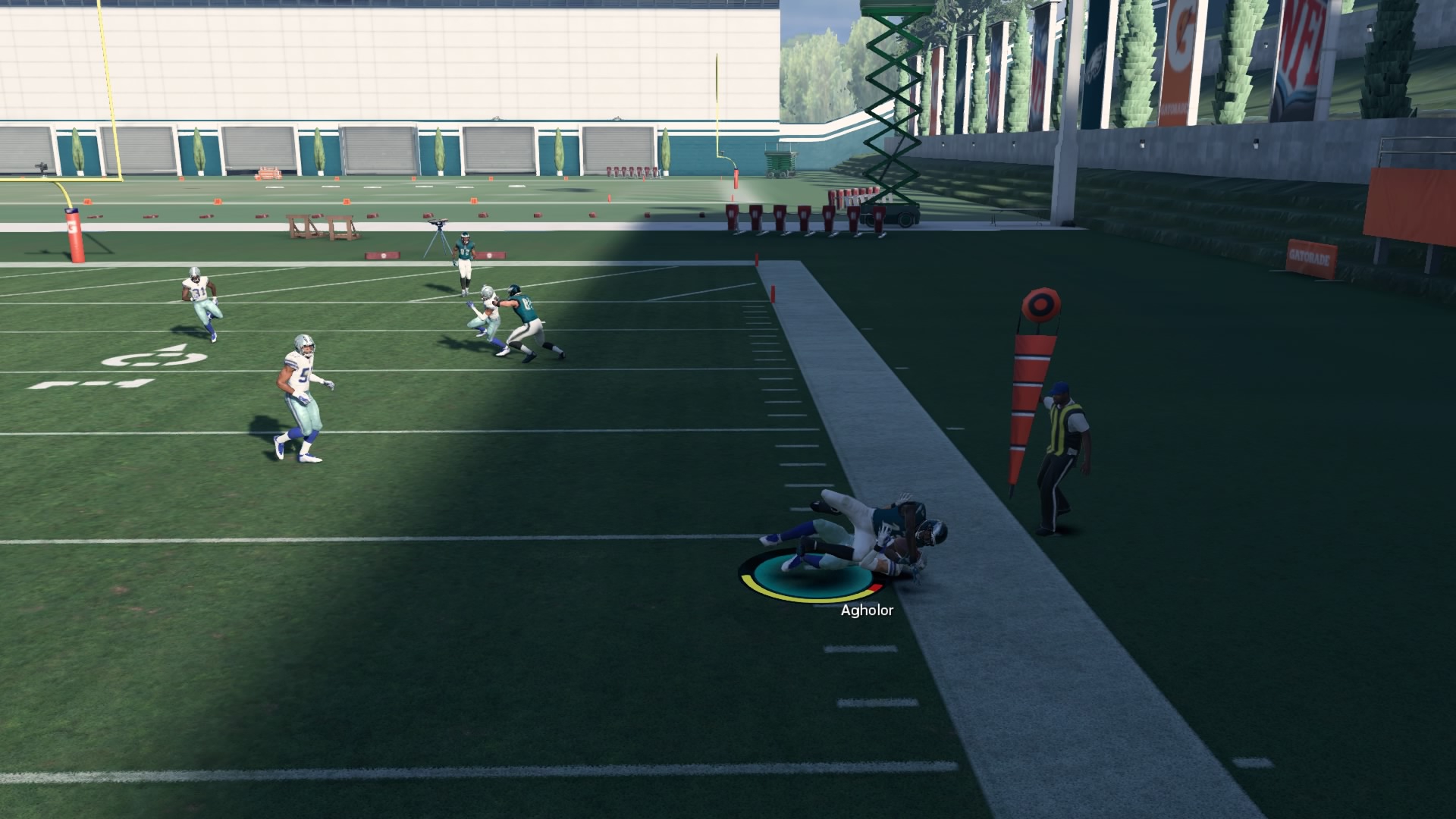 Nelson Agholor, as he often does exclusively in practice, catches the ball and we gain 8 yards on the play. Had this been a game, it would have hit both hands and fell harmlessly to the ground. Seriously though, in Madden, this is a solid choice. Eventually, your opponent will shade underneath and it will open up the corner. Alternatively, they will bring a user over and open up another section of the field. Further alternatively, they will try to bring over a d lineman and open up the run. if you are confused, that’s okay. The point is simply that this stretches zone concepts and allows you to force your opponent to adjust. But one more thing before we go:

Before R1 gets open, there is a small window where the purple zone goes with the flat and you can squeeze in a bullet to the corner route, possession catch, and get down. Simply lead downfield and toward the sideline and hold X/A immediately after release. Again, reading the flat defender is key.

Execute – Go Out There and Do It!

So now you should hop on Madden and run some vert stretch against the computer. If you want to try something a little more challenging, try to stretch out middle defenders using the same concept. This is a little tougher because you have to simultaneously read both yellow zones. If you have any questions, hit me up on Twitter at @AdRobsGC and let me know if this helped you at all.