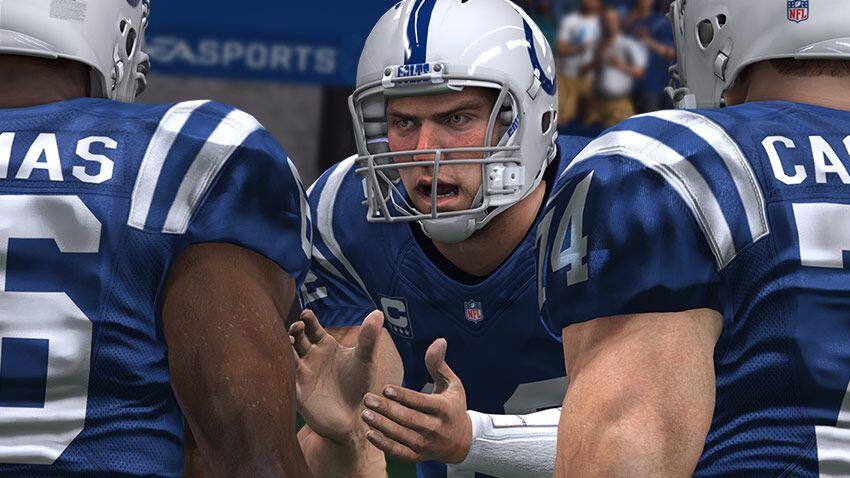 In this Madden 15 tip, Kilo breaks down a play from Singleback Dice Slot called WR Fade. This play is loaded with options and interesting routes to cause the defense fits. It is located in the Denver Bronco’s playbook as well as the Pass Balanced playbook.

As usual with plays designed by Kilo. The read progressions will be the same regardless of what coverage the defense is running. This makes it easy to get familiar with the play and make the right read every time. Limiting mistakes goes a long way in having a successful offense and this play being the base of our offense does just that.

Our options on this play start with the TE on a drag route. This route gets open against every coverage for at least a small positive gain. The reason that not even a Cover 2 zone can defend the route is because the two receivers on the left side of the play push the zones back just enough for your TE to gain about 4 yards minimum on the play. There will be very limited instances when this route will be covered until your opponent starts to get really aggressive with their adjustments or just plain sell out to user the TE.

Just above the TE we have our slot WR running a post route. If the user in the middle of the field bites down or left too far on the drag, this post opens up for a medium size gain of about 12-15 yards. If at the snap of the ball you notice man coverage on the TE, this post will also be wide open against man coverage as he breaks to the middle.

Our third and final real read on the play is the RB on his unique double move route over the middle. This route becomes very valuable if we missed our TE and the user is sitting deep over the post. The RB runs a route that looks similar to a question mark that absolutely destroys man coverage, and nestles in nicely against zones as well.

If you notice press coverage, the WR on the fade route to the right of the play will be a very viable option and in most cases a home run. That route does a great job of beating both man and zone press coverage. Against man press he simply runs right past the defender for a lob pass. If you are facing zone press the throw takes a bit more timing. You want to throw the lob just as the WR gets inside position on the defender. You will see the cornerback turn his hips, allowing the WR to get the inside line, once this happens you lob the ball and the WR will leave the corner and gain separation.

Another great way to run this play is based on the alignment of the front 7 of the defense. If you notice that the defender furthest to the outside (excluding the CB on the right WR) is INSIDE the TE you can adjust the play like this for a big gain.

This will block your TE, picking up any pass rushers inside of him regardless of whether or not they are on a contain. This allows your QB to get to the edge and suck down any flats or curl-flat zones. The fade will also push the deep third back, allowing your post route to be wide open as he clears the hash marks on the right side of the field.

Watch the video below to see the play in action!!

If you would like to see more great tips make sure to check out our FREE 7 day trial of our MaddenTipsTV channel.