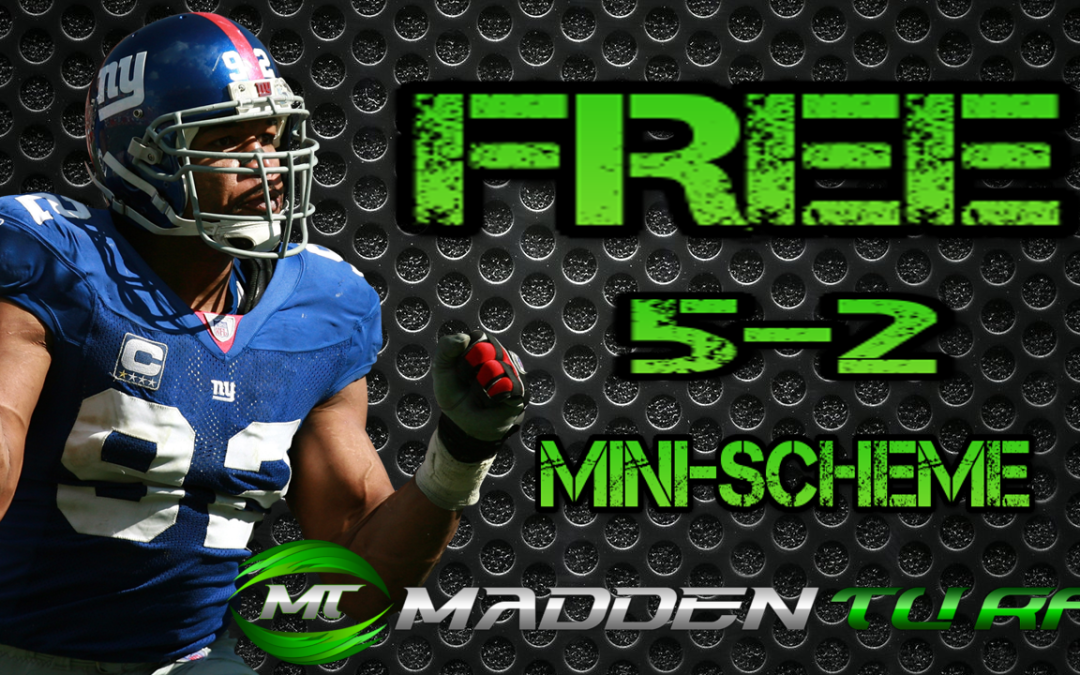 The 5-2 formation has been around for several versions of Madden. When it first made its way into the game it was a force in the game, providing incredibly fast three man gap pressure. It has not been as good since, and this year is no exception. The 5-2 has risks and holes that far outway the benefits of the formation in our opinion, but for those of you looking for simple and easy unslideable pressure, the 5-2 will get the job done.

Before we take a look at the pressure, it is important to know the areas that the formation falls short. With five men on the line of scrimmage, six if you count the LB that you will have to bring down as well, it can be difficult to defend many of the most popular concepts in Madden 16. Here is a list of some of the things you will most likely struggle to defend from this formation;

That is basically a list of everything that people actually run on Madden 16. That isn’t to say that you can’t defend those things from 5-2, but just to make you aware of some of the challenges of the formation. MaddenTurf member CBrev jumped right into the 5-2 formation following the patch coming up with some great four man heat. Once time allowed, Kilo and Ccpr jumped into the lab to build on what he started, this is the final outcome of that lab session. We hope that you enjoy the videos, however we feel the need to stress that this is NOT an every down defense in our opinion.

All of these setups will be from the play Cover 2 or Fire Zone 2. They are however universal and you can run them from any coverage you like. We did not include coverage plays in this scheme, but you can easily create some very interesting coverage setups from the plays Flash Blitz and Smash Blitz just by removing rushers from the play.

We hope that you enjoyed the scheme, make sure to comment below with your thoughts. If you enjoy free scheme articles please do not hesitate to share this article on social media. It really helps us out and is very encouraging for us to do more! Thanks as always from your friends at MaddenTurf!