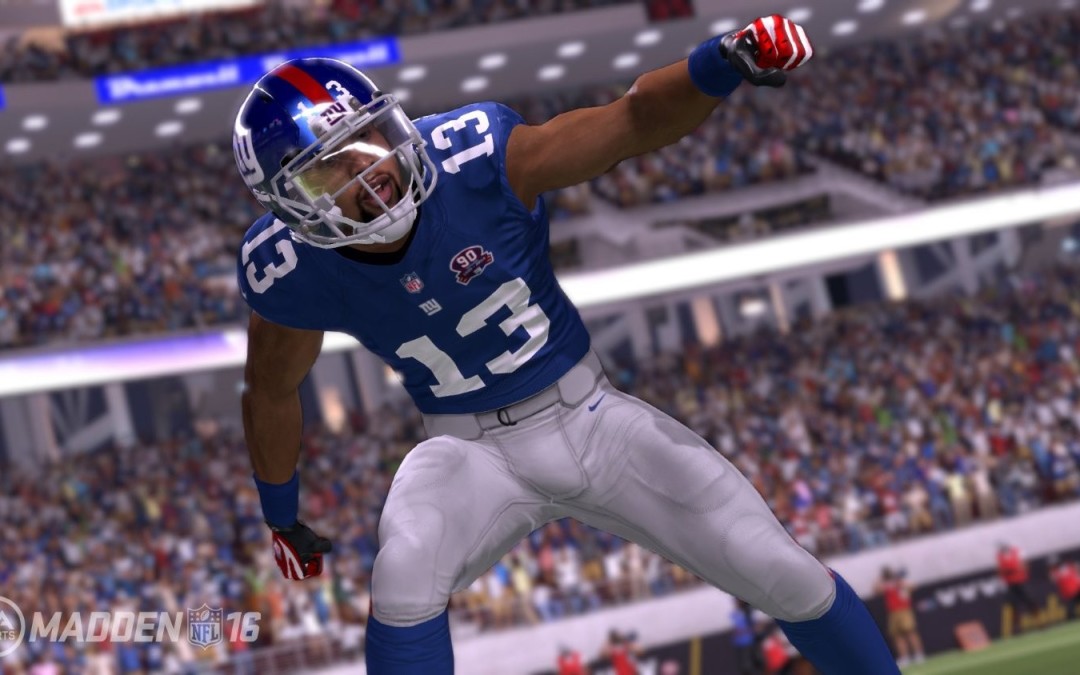 The NFL Off-Season continues to heat up, and while real players gear up for the 2016 season, we gamers are patiently waiting for the August 25th release date of Madden 16. The Turf Team will be getting the game early and ready to unload Madden 16 Tips and Strategy Guides day 1 of release. Meanwhile, I have been thinking of what I would like to see in the new installment of Madden in this Madden 16 Wish List.

First, dropped user picks. Dropped interceptions is part of football, but the rate of passes hitting you in-between the numbers and falling to the ground is getting out of hand. I would like to see a near 100% catch to drop ratio when you pull off a nice lurk. Madden 16 needs to bring a realistic game. In my opinion it all starts with punishing the offense for being predictable and throwing into coverage.

Second, along the lines of having a more realistic game comes player reactions. This could go a number of ways but a few examples: Player response to counters and misdirection’s. Everybody knew counters were overpowered in Madden this year. However, a lot of people didn’t understand why. The reason counters were so dominant this year was due to linebacker reaction to misdirection runs when the ball was snapped. If you ran a counter to the left and let’s say you were in a 3-4 based defense the 4 linebackers would always take a false step to the right allowing for a big gain. This is something that the development team can’t overlook. It is a basic reaction and nothing that yours truly from the Turf Team did to try and break the game. Another reaction/animation that should be looked at is the WR giving you the one hand catch attempt where 100% of the time they won’t make a play on the ball and will never bring in a catch.

Third, For Xbox one players, this will really be a hot topic. Game Freezes!! There is nothing worse than being on a big win streak and have it come to an end with the game freezing on you. Having the MUT game freezes on you ruins leaderboards and desire to continue on with your gaming session. This is something that was a major problem that never got addressed. Which will lead me into my fourth point.

Fourth, Please Patch your game more than once a year. We don’t care about presentation! Dez Bryant having mismatched socks doesn’t need to be updated. However lob streaks, counters, broken sacks do. Electronic Arts has made a lot of great Madden games. However, their lack of patches makes the game tough to play from August to August. Invest into your current game and we will continue to play and purchase paid content.

Honorable Mention- Tournaments! According to my sources- the lack of tournaments has taken a lot of excitement out of Madden. And EA has recognized this. MUT has a chance to completely take over the scene and be a year-long game with support from EA In regards to tournaments. I am very hopeful that we will see plenty of tournaments in Madden 16.