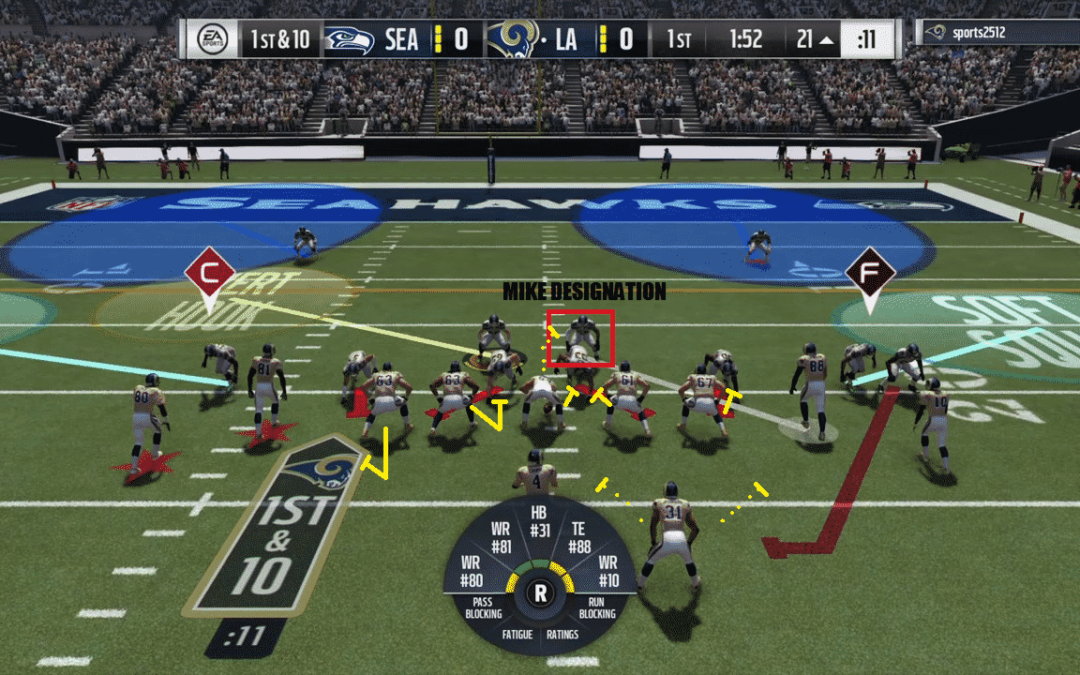 One of the most frustrating experiences of last Madden season was the inability to block a three man rush consistently without being forced into particular formations or blocking seven to pick up three. EA Sports responded to our concerns with the new feature ID The Mike being made available to us on defense. This feature is essentially slide protection on steroids. It puts all of the success, or failure, of your blocking scheme into your hands. Of all the new features released this year this surely has to be one that is embraced by the simulation and competitive community alike.

For those that don’t know, this is not something EA invented for a video game, identifying the “Mike” linebacker is something that is used in real football. And no it does not mean to identify the middle linebacker in the literal sense. What the Quarterback is doing when he ID’s The Mike is for lack of a better term centering his offensive line and telling them which five guys he wants them to block based on the defensive alignment. So to put it simply, it is enhanced slide protection. 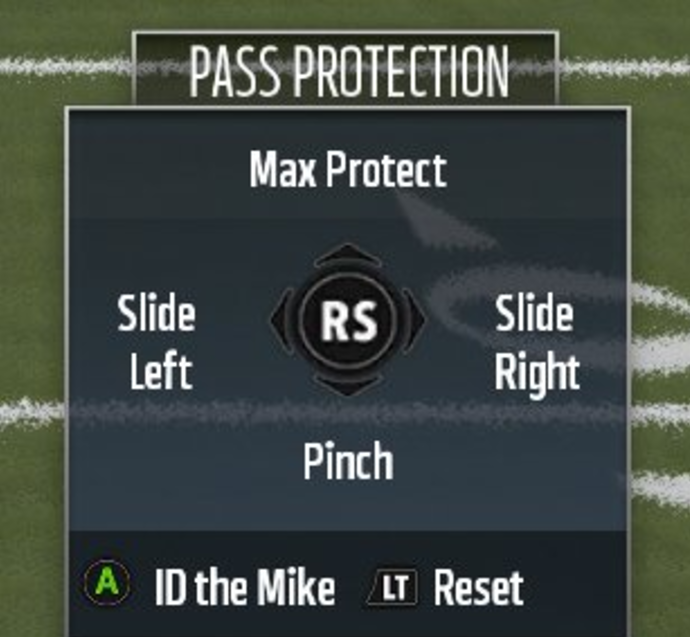 One thing this feature will require to make it a total success is that the Runningback blocking logic be completely revamped as well. The Runningback was the cause of most of the problems with blocking blitzes last year, and despite what cryptic responses you may have gotten from EA Sports employees when you asked why that was happening, no coach ever has instructed their Runningback to go stand in the B-Gap and block ghosts. Nor have they ever said to triple team with the Tackle and Guard while ignoring that blitzing Cornerback that is about to try and end your Quarterback’s career. Without the Runningback having some type of logic the defense could easily just decoy the edge rush and slide in on the opposite edge or backside second level b-gap.

ID The Mike, assuming it works as advertised, should put a premium on defensive lab time. You will need to create actual pressure schemes that not only are designed to get the obvious free rusher, but also to sneak in backside as well. Adding to that, you will also need to spend a good amount of time labbing your protection schemes as well. The depth of the game was certainly increased when the ID The Mike feature was implemented.

If you enjoyed this article please take a moment to share it on social media. It helps us out a ton when you share our content, and we really appreciate it. You can also comment below and tell us your thoughts and feelings about ID The MIke because we love discussion and interacting with the community.