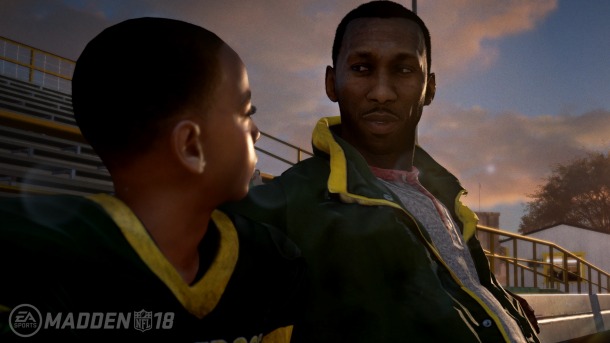 Madden NFL 18 is just weeks from releasing and it will be doing so with the brand new cinematic story mode called Longshot. In Longshot you play the role of forgotten football star Devin Wade (played by JR Lemon). We don’t know much more about the story right now other than the basics of the plot unfortunately.  The concept is that you are a former college football Quarterback trying to make his dreams a reality by playing in the NFL after taking some time off from football.

Similar to many games being released in this era, you will help mold the story by making decisions and playing portions of the story. It is not clear how dynamic your decisions can be to the story line at this point however. There have been several games made by other companies that advertised a story line that shifted based on what decision was made, but ultimately ended up just changing a cut scene or two in between only to achieve the exact same outcome when all is said and done. 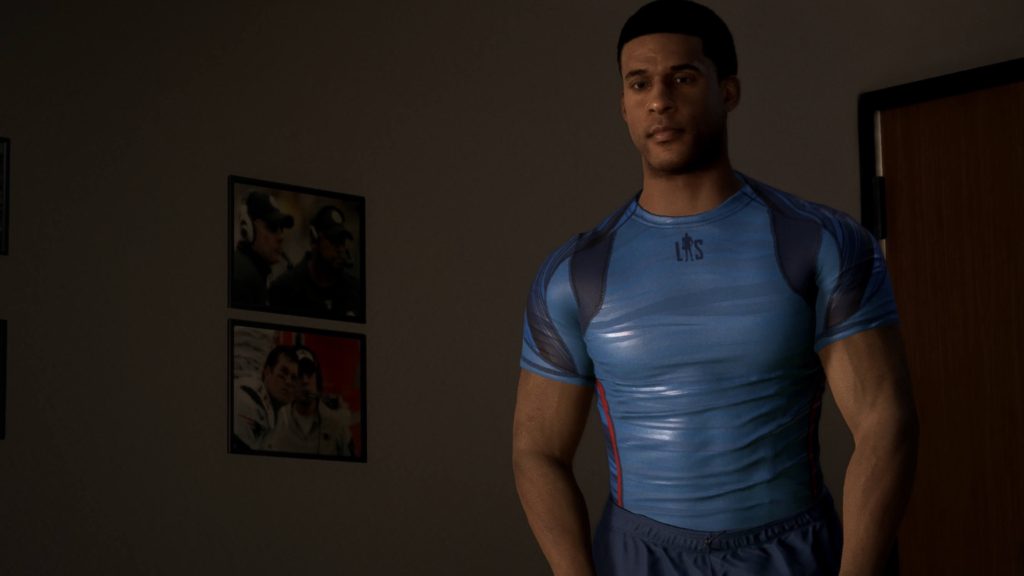 From the early information on Longshot, it seems as though this is meant to be more of movie than anything else as it doesn’t seem to offer much replay value. You will have to play the same story, with the same characters, playing the same position, should you choose to play it more than once. It is a fair guess that maybe the team you end up playing for could change on subsequent play throughs, but how much more interesting can a different uniform possibly make the mode from your first experience?

If this is anything like NBA2k MyPlayer’s story mode, it is almost guaranteed to be a one time deal. If that is the case this seems like an awfully large time and money investment from EA Sports, that will end up falling well short of what a large majority of the community meant when they said that they wanted to have Career/Superstar Mode back into Madden. 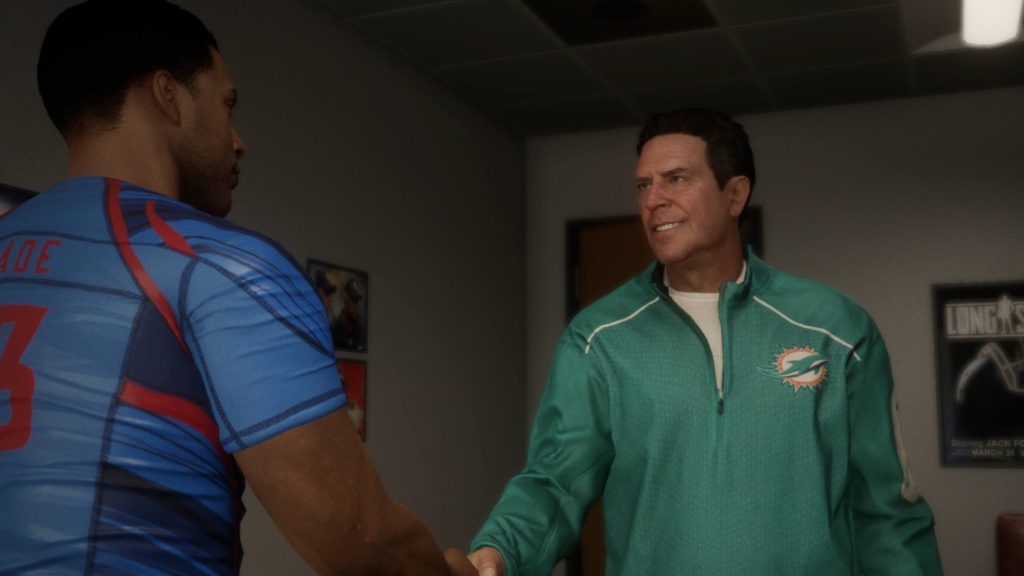 Possibly more interesting than the idea of Longshot Story Mode, is what some of the things we know about the mode allow us to speculate about when pertaining to the rest of the game. From the trailer and images released on EA Sports’ website we can assume that they have taken the steps to obtain some type of licensing from at least a handful of NCAA teams to use their school’s images within the story and we can see that Dan Marino is involved in some fashion.

While Dan Marino being in the story is probably a good indicator that he will also be back into Madden Ultimate Team this year, the appearance of NCAA teams is probably not a good reason to think that an NCAA game is anywhere on the immediate horizon from EA Sports. Having the license to use a team’s uniforms and name, or even a handful of team’s names and uniforms, in Longshot is quite a bit different than having a license to use all of them in a game where the likenesses of NCAA athletes is involved.

At the end of the day all we can go is hope. Hope that Longshot isn’t a complete and total waste of resources that could have been spent on game modes that we will actually play more than once. Hope that the decisions made in the mode are in fact capable of altering the story line to give it some type of replay value. Hope that NCAA is in fact on the cusp of being brought back to us….but that one is probably a Longshot (see what we did there?).

If you enjoyed this article please take a moment to share it on social media. It helps us out a ton when you share our content, and we really appreciate it. You can also comment below and tell us your thoughts and feelings about Longshot because we love discussion and interacting with the community.