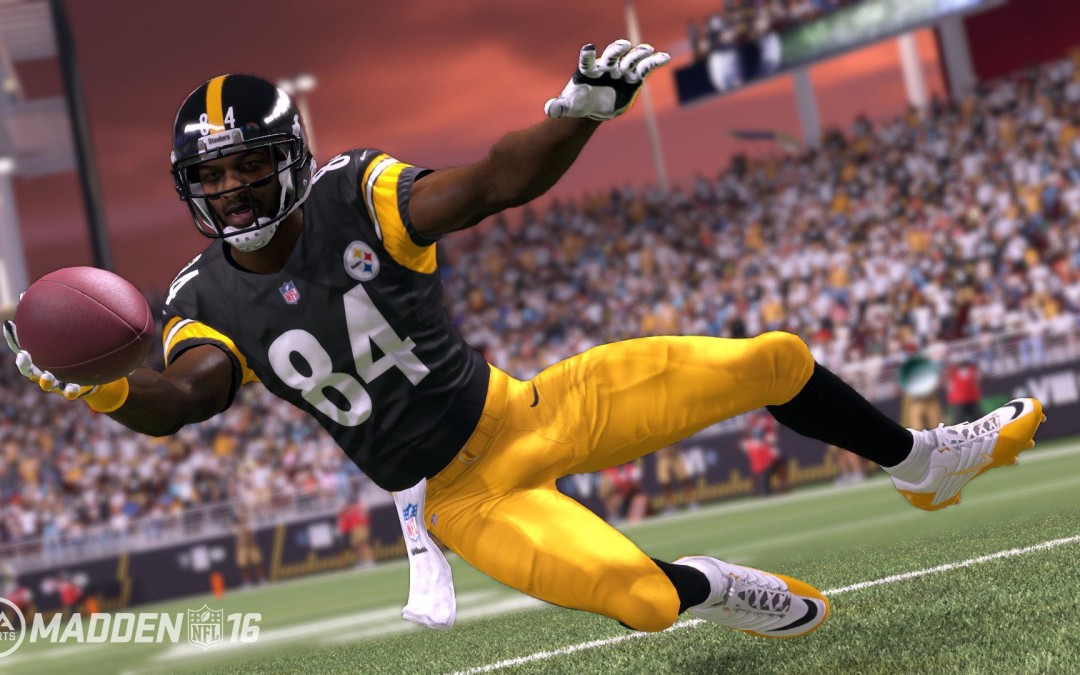 If your reading this article you’ve probably heard about the new catch animations (Aggressive Catch) given to the offense in Madden 16.  There’s a new possession catch which helps hold onto the ball, a Run After Catch which is riskier but enables for more big plays, and of course the aforementioned Aggressive catch which enables the Wide Receiver to catch the ball at it’s highest point.  And if that wasn’t enough the offense doesn’t even need two hands to do this.  You literally can throw the ball up to the Wide Receiver and the game will automatically click you onto him and all you have to do is press either X, Y, or A.  It’s as if EA took the absolute number one complaint if the entire Madden Community which seemed to be that Lob Streaks were over powering and made it so anyone could do it.  I would much rather of had someone face catch me because at least I know it took some semblance of stick work, lob streaks on the other hand drove me crazy.  So if your like me and you couldn’t stand the lob streak from Madden 15 and realize that they just made it way easier to do I bet your asking yourself the same question I am, will the Aggressive Catch ruin Madden?

The answer to the question is yet to be known, as it depends on how the Corner backs play the ball and what kind of animations the defensive players can get.  Corner backs have been give the ability to now play the wide receiver instead of playing the ball.  EA is claiming that the higher man and zone rating of the Corner the higher chance of him being able to knock the ball loose, the only thing bad about this is that if your playing the Wide Receiver instead of the ball you are going to be unable to get an Interception.  The scary part about that is if the offensive player knows he has a huge receiver vs your small corner and he throws it up you have no choice except to play the receiver instead of going for the interception which leads to free plays for the offense.  Also, how is this going to effect MUT?  Regular teams might only have 1-2 receivers who will be great with the aggressive catch.  But in MUT you could face a team that has 5-6 players 6’5 or taller, of course you can have 99 corner backs but imagine facing a golden ticket Calvin Johnson with 105 spec catch trying to stop that.

I feel the only way this game is even playable is if smaller corner backs are able to consistently and effectively defend the aggressive catch by using the play wide receiver option.  I cannot imagine playing a game where people play 2 back shotgun and just block 8 and throw it up.  So my answer to the question is YES, I do in fact believe that the Aggressive Catch will ruin the game  Do I hope I’m wrong?  Yes, but undoubtedly my gut is usually right and it’s definitely telling me this is going to be a problem.  My personal promise to all of you subscribing to our site is that my mission is to figure out the best and most effective way to defend and stop this tactic.

Watch the video below to see how overpowered the aggressive catch can be!